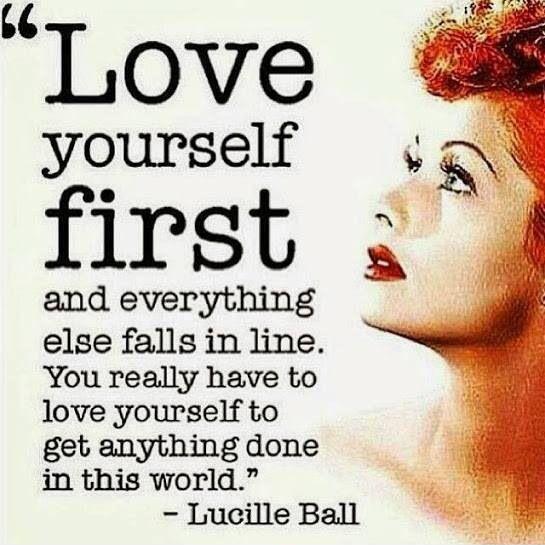 During one of my sessions with a psychologist, they asked me to return to the next appointment with a list of things I liked/loved about myself and things I disliked/hated about myself.

I believe this was to give us a more focused starting point for my low self esteem.   I think we were supposed to work our way through the list of dislikes and ‘neutralise’ them and perhaps remove or move them into the positive column.

As you can probably tell by my language choice, this is not what happened!

I handed my list over to the psychologist and I swear her eyes filled with water!   The list session was postponed and we never did get back to it!

You see either I was in too dark a place or my psychologist underestimated how much I don’t like myself.   I discovered once I started to write the list, I couldn’t stop.   This probably wouldn’t have been a problem but it was all in the dislike/hate column!

Here is my dislike/hate list!   The scoring out at the top of pages is because I kept expecting to start the like column. 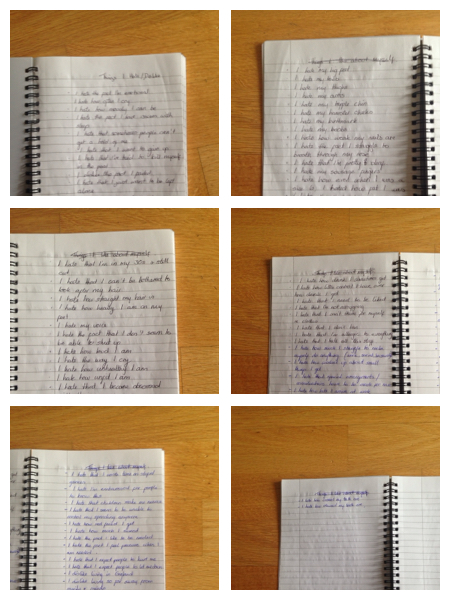 What I found was every time I tried to think of something positive, my inner critic would point out why it wasn’t true and she had very compelling arguments! 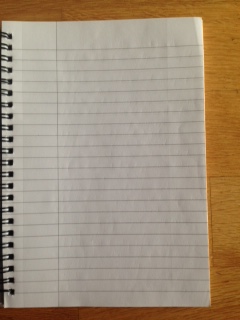 My aim, whilst there’s this ‘speck’ of light, is to work my way through the list and get something in the like column.  I will be utilising this blog as a means of tracking the changes and how it goes!

Only thing left to do is for me to ‘pick one’ to start!   I’ll be back once that’s done!

Happy Bank Holiday to those who get them! 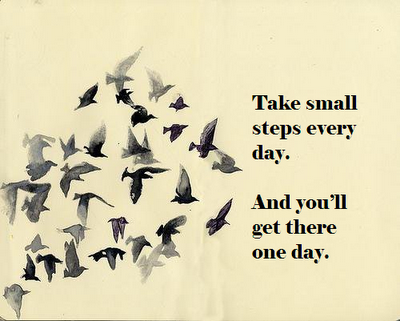 So this isn’t what I had planned for my second post but it is something I need to write about!

Yesterday was not a great day BUT I’m pretty chuffed with how I handled it!  Again a step in the right direction, to acknowledge it wasn’t great but how I dealt with it was definitely improved!

Basically I found myself in an old bad habit, still at work, alone in the office, some 4 hours after my shift and sitting at my desk crying.   Unable to walk away, unable to complete the work and aware the clock was ticking away.

In the past I would have cut, in this scenario, because I would be annoyed at how ‘pathetic’ I was being and the fact I was unable to move (couldn’t do the work and couldn’t just leave – not that work would’ve minded me leaving it was my own head preventing it!)

This morning I got up on time and straight into work, I wasn’t even worried about anything!   In the past I would probably have been late into work, lots of tears and (as had happened more than I like) stuck outside the office!  (Seriously my boss has had to come outside the building to fetch me in!!!! Stupid anxiety!)

So, my point is, rather than dwelling on the fact I was still sat at my desk crying in a panic, I’m celebrating the fact I didn’t cut, I took action (okay not ideal calling your boss at home! but…!), I was still able to get into work today and (apart from whilst I was sat at my desk) the anxiety was minimal!   POW!!!

Sometimes I think small steps need to be acknowledged more than the bigger more obvious ones.   I’m ridiculously happy that I’m not dwelling on the negative of the whole thing and it’s a very new but brilliant feeling!

Happy weekend to all, 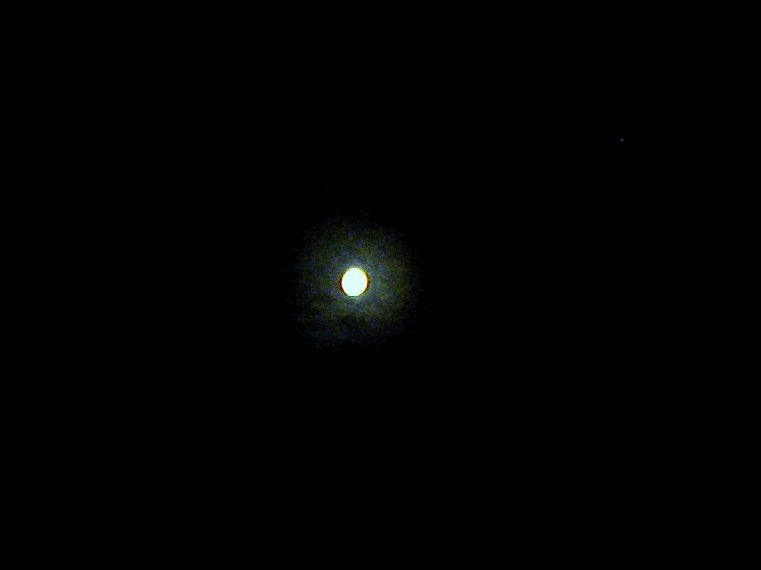 I am currently feeling as though there is a speck of light coming through the darkness created by my mental health.  This in itself is an amazing realisation and quite liberating for me.   I also think it needs recording because it’s far to easy to forget these rare moments.

It got me thinking though, how do I encourage this speck to really grow?   Having suffered from depression, what turns out to be most of my life, I’m aware the speck doesn’t always grow any bigger!   In the past this could be because I’m just relieved to be able to ‘put my public face on’ again that I stop trying to improve beyond that. (it is only when asking myself this time that I’ve realised this, it’s never been a conscious decision, but I’ve also never made a conscious decision the other way!)

Anyway, I’ve decided, this time, whilst I have this speck I am going to try to arm myself further and keep fighting to get more.   To pinch a phrase, “to live rather than survive” (At least during the times when the darkness is not as suffocating!)

Maybe in doing so I will be better equipped the next time I relapse, because I’m stronger or because I have things I like about myself or maybe I’ll have longer out of the darkness or maybe just never go as far back as to the point where I attempted to give up entirely.

This blog is to get the rambling that often goes on in my head out, to give me some accountability and to track how I’m getting on.   Basically, this is Step 1.

I aim to write regularly with other changes I’m making to arm myself further, whether it’s a good or bad day and at all times to be brutally and uncomfortably honest.

As you can probably tell, I am not a writer so apologies to anyone who tries to read this!

And so it begins!